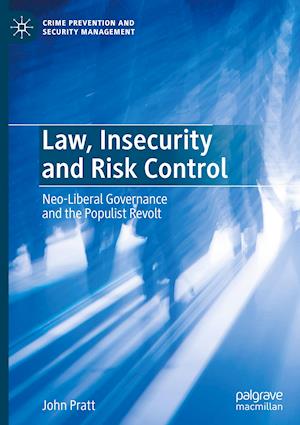 This book examines our contemporary preoccupation with risk and how criminal law and punishment have been transformed as a result of these anxieties. It adopts an historical approach to examine the development of risk control measures used across the US, UK, New Zealand, Australia and Canada - particularly since the 1980's - with the rise of the "security sanction". It also takes a criminological and sociological approach to analysing shifts in criminal law and punishment and its implications for contemporary society and criminal justice systems. Law, Insecurity and Risk Control analyses the range and scope of the 'security sanction' and its immobilizing measures, ranging from control over minor incivilities to the most serious crimes. Despite these innovations, though, it argues that our anxieties about risk have become so extensive that the "security sanction" is no longer sufficient to provide social stability and cohesion. As a consequence, people have been attracted to the 'magic' of populism in a revolt against mainstream politics and organisations of government, as with the EU referendum in the UK and the US presidential election of Donald Trump in 2016. While there have been political manoeuvrings to rein back risk and place new controls on it, these have only brought further disillusionment, insecurity and anxiety. This book argues that the "security sanction" is likely to become more deeply embedded in the criminal justice systems of these societies, as new risks to both the well-being of individuals and the nation state are identified.