The Law Before the Law 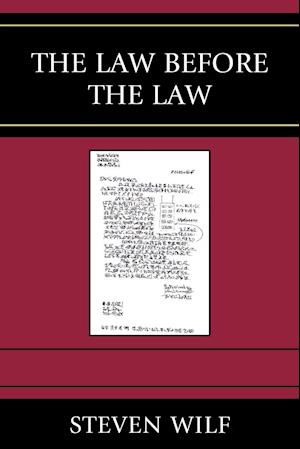 This book is a study in the law that exists before a founding moment of law giving. More specifically, it looks at one foundational moment, the giving of the Torah at Mount Sinai, and examines how Hebrew commentators have envisioned what existed prior to receiving the commandments. How do legal systems treat law before their founding? The Law Before the Law looks at near two millennia of responses by commentators to this problem. Pre-law, as it might be called, became the repository of an alternative legal tradition. Scattered, often fragmentary discussions of the law before the law were a commonplace in the Jewish legal tradition. Often involving conjecture and imaginative reconstructions of legal arguments, these discussions were a laboratory to work out the jurisprudential problems found in ordinary Jewish law. The law before the law was often envisioned as different from law after the founding moment, a legalism more oral, more customary, more discretionary, and above all, more concerned with the psychological question of how a norm bearing person is created.