Law and the Christian Tradition in Modern Russia

indgår i serie Law and Religion 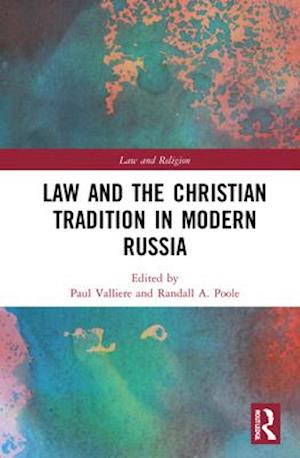 This book, authored by an international group of scholars, focuses on a vibrant central current within the history of Russian legal thought: how Christianity, and theistic belief generally, has inspired the aspiration to the rule of law in Russia, informed Russian philosophies of law, and shaped legal practices.Following a substantial introduction to the phenomenon of Russian legal consciousness, the volume presents twelve concise, non-technical portraits of modern Russian jurists and philosophers of law whose thought was shaped significantly by Orthodox Christian faith or theistic belief. Also included are chapters on the role the Orthodox Church has played in the legal culture of Russia and on the contribution of modern Russian scholars to the critical investigation of Orthodox canon law.The collection embraces the most creative period of Russian legal thought-the century and a half from the later Enlightenment to the Russian emigration following the Bolshevik Revolution.This book will merit the attention of anyone interested in the connections between law and religion in modern times.