Law and Religion in the Eastern Mediterranean

- From Antiquity to Early Islam 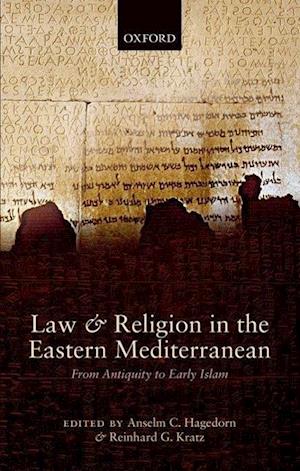 How was it possible that Greeks often wrote their laws on the walls of their temples, but -- in contrast to other ancient societies -- never transformed these written civic laws into a religious law? Did it matter whether laws were inscribed in stone, clay, or on a scroll? And above all, how did written law shape a society in which the majority population was illiterate?

This volume addresses the similarities and differences in the role played by law and religion in various societies across the Eastern Mediterranean. Bringing together a collection of 14 essays from scholars of the Hebrew Bible, Ancient Greece, the Ancient Near East, Qumran, Elephantine, the Nabateans, and the early Arab world, it also approaches these subjects in an all-encompassing manner, looking in detail at the notion of law and religion in the Eastern Mediterranean as a whole in both the geographical as well as the historical space.