Law and Government in Medieval England and Normandy 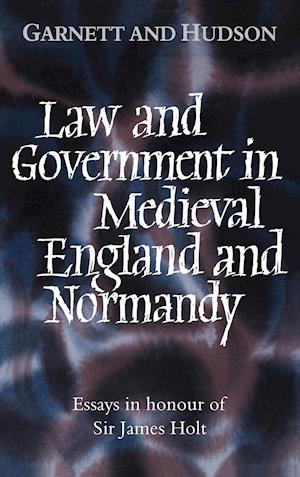 The works of Sir James Holt are well known to all those working in medieval history, in Europe, North America and Japan. This important set of essays, written in his honour, reflects his interests which have set a new agenda for the study of medieval law and government. The first group, on rebellion and warfare, brings to mind his work on the Northerners; the second analyses the issues of land-holding, family and politics; which he discussed in a series of papers from the early 1970s. The third group treats documents, politics and government, a field which Holt made his own, and in which his collection of Henry II and Richard I's Acts is of outstanding importance. The essays have been contributed by specialists who have worked with, studied under, or debated with the honorand.