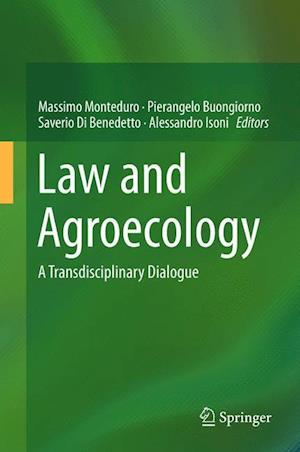 This book represents a first attempt to investigate the relations between Law and Agroecology.There is a need to adopt a transdisciplinary approach to multifunctional agriculture in order to integrate the agroecological paradigm in legal regulation. This does not require a super-law that hierarchically purports to incorporate and supplant the existing legal fields; rather, it calls for the creation of a trans-law that progressively works to coordinate interlegalities between different legal fields, respecting their autonomy but emphasizing their common historical roots in rus in the process.Rus, the rural phenomenon as a whole, reflects the plurality and interdependence of different complex systems based jointly on the land as a central point of reference. "Rural" is more than "agricultural": if agriculture is understood traditionally as an activity aimed at exploiting the land for the production of material goods for use, consumption and private exchange, rurality marks the reintegration of agriculture into a broader sphere, one that is not only economic, but also social and cultural; not only material, but also ideal, relational, historical, and symbolic; and not only private, but also public.In approaching rus, the natural and social sciences first became specialized, multiplied, and compartmentalized in a plurality of first-order disciplines; later, they began a process of integration into Agroecology as a second-order, multi-perspective and shared research platform. Today, Agroecology is a transdiscipline that integrates other fields of knowledge into the concept of agroecosystems viewed as socio-ecological systems.However, the law seems to still be stuck in the first stage. Following a reductionist approach, law has deconstructed and shattered the universe of rus into countless, disjointed legal elementary particles, multiplying the planes of analysis and, in particular, keeping Agricultural Law and Environmental Law two separate fields.