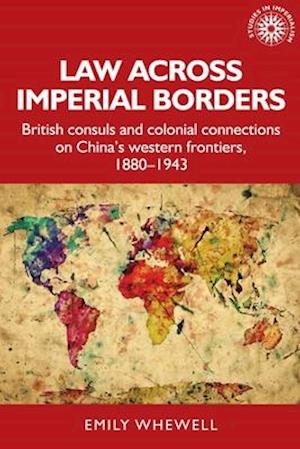 Law across imperial borders offers new perspectives on the complex legal connections between Britain's presence in Western China in the western frontier regions of Yunnan and Xinjiang, and the British colonies of Burma and India. Bringing together a transnational methodology with a social-legal focus, it demonstrates how inter-Asian mobility across frontiers shaped British authority in contested frontier regions of China. It examines the role of a range of actors who helped create, constitute and contest legal practice on the frontier-including consuls, indigenous elites and cultural mediators. The book will be of interest to historians of China, the British Empire in Asia and legal history. -- .

Forfattere
Bibliotekernes beskrivelse This book is the story of British consuls at the edge of the British and Chinese empires. By embracing local norms and adapting to transfrontier migration, consuls created forms of transfrontier legal authority. -- . 4 Maps