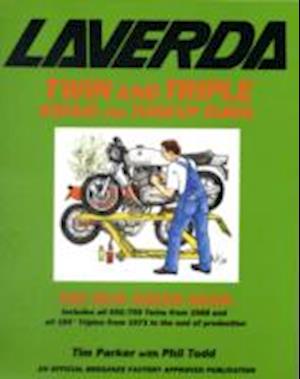 The first edition was self-published in 1978 by Tim Parker (who had bought his first Laverda in 1974) and sold for almost exactly 20 years. This new edition is exhaustively revised and updated with Phil Todd, who for nearly 30 years was Britain's best-known Laverda mechanic through his companies, first Motodd and then Todd Laverda.1970's Laverdas are highly sought after today as both collector's items and by those who want to re-live their youthful yearning for the open road aboard the first of the Italian superbikes. In 1975 the Laverda 1000 Jota was the world's fastest production motorcycle.