Latin American Fiction and the Narratives of the Perverse 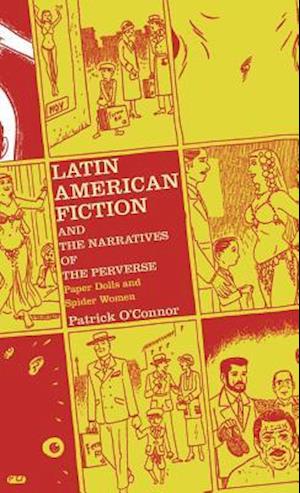 Latin American Fiction and the Narratives of the Perverse contains analysis of sexual perversion and narrative creativity in fictions from the Latin American boom and post-boom. O'Connor's main argument is that orthodox criticism of Latin American literature has neglected the eccentric singularities of other fictive trends in the corpus (especially in the second half of the twentieth-century). At the same time, by examining these eccentric singularities in their relationship to mainstream trends in the Latin American corpus, O'Connor forces his readers to view these master narratives and major trends (such as modernismo or magical realism) from surprisingly new angles. Five of the authors discussed (Puig, Lezama, Lima, Cortazar and Sarduy) have an established place in the Latin American literary canon. A fifth one, Rosario Ferre, may have come close to achieving that status with her earlier fictions. Others (Felisberto Hernandez, Alicia Borinsky, Cristina Peri Rossi and Silvia Molloy) are less well known, but they are certainly highly significant authors for scholars and students of contemporary Latin American fiction.