Latin America Since the Left Turn 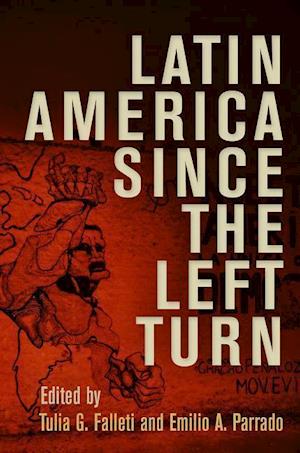 In the early twenty-first century, the citizens of many Latin American countries, such as Argentina, Bolivia, Brazil, Ecuador, and Venezuela, elected left-wing governments, explicitly rejecting and attempting to reverse the policies of neoliberal structural economic adjustment that had prevailed in the region during the 1990s. However, in other countries such as Chile, Colombia, Mexico, and Peru continuity and even extension of the neoliberal agenda have been the norm.

What were the consequences of rejecting the neoliberal consensus in Latin America? Why did some countries stay on the neoliberal course? Contributors to Latin America Since the Left Turn address these questions and more as they frame the tensions and contradictions that currently characterize Latin American societies and politics. Divided into three sections, the book begins with an examination of the political economy, from models of development, to taxation and spending patterns, to regionalization of trade and human migration. The second section analyzes the changes in democracy and political identities. The last part explores the themes of citizenship, constitutionalism, and new forms of civic participation. With essays by the foremost scholars in the field, Latin America Since the Left Turn not only delves into the cases of specific countries but also surveys the region as a whole.