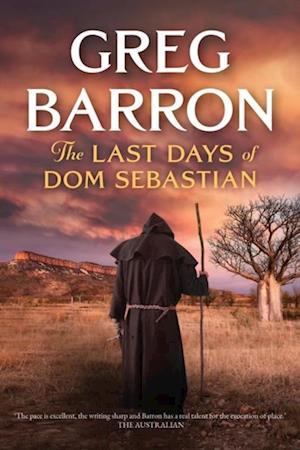 How can I rest until this story is told? Can I let such a tale slip unnoticed into history? Or allow men to take liberties, inventing lies about that which is precious to me? I, Luis Pereira, Dom Sebastian's friend and confessor, can alone let the truth stand for posterity.Dom Sebastian, the deposed king of Portugal, after losing the battle of Alcacer Quibir in Morocco, flees to the East on board the Nossa Senhora dos Anjos. After months on the ocean, her crew ravaged by disease and starvation, the ship drifts towards Australian shores, pursued by the highly trained guarda-costras, minions of Cardinal Henrique, who has seized the throne.Together with Dr Nicola Massane, of Lisbon University, Australian archaeologist Francis da Costa follows a trail of relics and myth to a valley surrounded by cliffs of red stone. Yet, the Kimberley landscape and its people have memories of their own. The past, written in blood on the soil, is deeply malevolent.The medieval and modern threads build towards a shattering and simultaneous climax that will thrill the reader and resonate long after the book is closed. The Last Days of Dom Sebastian is a story of adventure and conflict: a rumination on the darker side of the psyche, and on the unseen marks each of us leaves on the landscape when our time on earth is done.