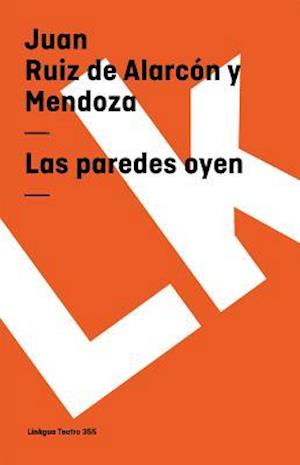 Las paredes oyen is an expression that came out of France in the second half od the 16th century. According to the stories of history, Catherine de Medici had constructed acoustic conductors in the walls of her palaces in order to listen to what the other inhabitants said and to know if they were conspiring against her. This eponymous piece questions the pathological lying and the compulsive slandering of the character of Don Juan, who in order to conquer Ana, pretends to be injured. Meanwhile, the virtuoso Don Mendo in whom some people see the author himself, observes spiteful events. Don Mendo, Dona Ana, Beltran, and the Count appear in all the works by Ruiz de Alarcon, wuch as La prueba de las promesas and El examen de maridos.