Languages and Identities in a Transitional Japan

- From Internationalization to Globalization 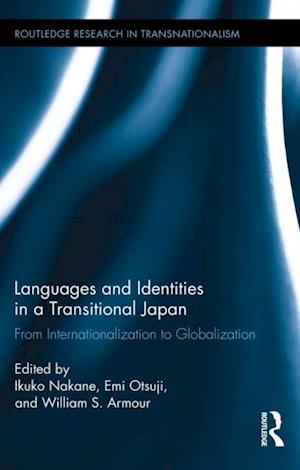 This book explores the transition from the era of internationalization into the era of globalization of Japan by focusing on language and identity as its central themes. By taking an interdisciplinary approach covering education, cultural studies, linguistics and policy-making, the chapters in this book raise certain questions of what constitutes contemporary Japanese culture, Japanese identity and multilingualism and what they mean to local people, including those who do not reside in Japan but are engaged with Japan in some way within the global community. Topics include the role of technology in the spread of Japanese language and culture, hybrid language use in an urban context, the Japanese language as a lingua franca in China, and the identity construction of heritage Japanese language speakers in Australia. The authors do not limit themselves to examining only the Japanese language or the Japanese national/cultural identity, but also explore multilingual practices and multiple/fluid identities in 'a transitional Japan.' Overall, the book responds to the basic need for better accounts of language and identity of Japan, particularly in the context of increased migration and mobility.