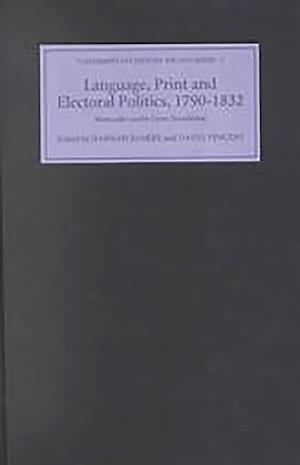 In the half century before 1790, there had been only one contested election in Newcastle, but between 1790 and 1832 there were a dozen. This new and heated political climate prompted the production of a vast array of printed propaganda and political commentary, aimed at voters and non-voters alike. Most of this material took the form of single printed sheets, or broadsides, produced in great numbers and distributed amongst the town's inhabitants for free. This volume reproduces just over three hundred Newcastle broadsides published during this time; they constitute an important and unique collection, for though such material was produced in many constituencies in Hanoverian England, rarely has it survived in such a complete form. Material comes from Keele University Library, the Sutherland papers at the Staffordshire Record Office, and Newcastle Museum. A representative selection of reproductions of original broadsides is included to give the reader an idea of how contemporaries would have seen the texts and an introduction explains their context.Dr HANNAH BARKER is Lecturer in History at the University of Manchester; Dr DAVID VINCENT is Professor of Social History at the University of Keele.

Forfattere
Bibliotekernes beskrivelse An unusually complete collection of over 300 broadsides from Newcastle-under-Lyme, Staffordshire, produced in the heated political climate of the early 18c.