- English in a Global Context 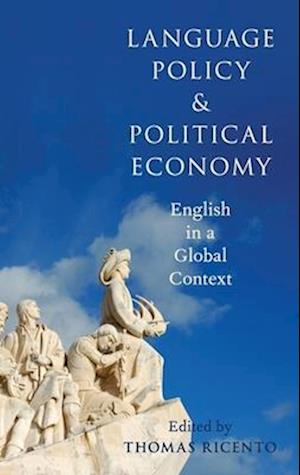 English is the common denominator that unites the work presented in this volume; it provides a focal point to illustrate the ways in which a political economic approach can account for a range of phenomena in diverse settings in which a "global" language has attained a special status as (an often perceived) tool for socioeconomic mobility. The findings reveal the complex ways in which government leaders and policymakers, as well as communities and individuals inthose communities, make decisions within a global economy about the languages that will be taught as subjects or used as media of instruction in schools. Whether or not the "Straight for English" policy that has become popular in various countries in southern Africa and elsewhere is a good or bad idea,in terms of improving school completion and literacy rates, English is often promoted as a social "good" with unquestioned instrumental value; yet access to quality English medium education in low-income countries is mostly restricted to those with sufficient economic means to pay for it. As the capitalist world-economy undergoes transformations, and assuming that translation technologies continue to improve, it is likely that the roles and relative importance that English as a global languagehas enjoyed over the past century will change significantly. Synchronic contextual analyses of English in various countries and regions are snapshots of a moving target with fuzzy boundaries; this is even more so the case when the object of analysis is "lingua franca English," a fluid, contextuallyrealized "practice" that may be described in situ, which is not stable and likely never will be. The degree to which English serves effectively as a lingua franca depends on who the interlocutors are, the situation, and the extent to which interlocutors' interests and goals are mutually compatible and understood.

Forfattere
Bibliotekernes beskrivelse This edited volume will articulate a new framework for language policy research that explores the connections between language policy and political economy in its analysis of how English affects the status of other languages in countries, specifically those where English is now spoken as a foreign or additional language.