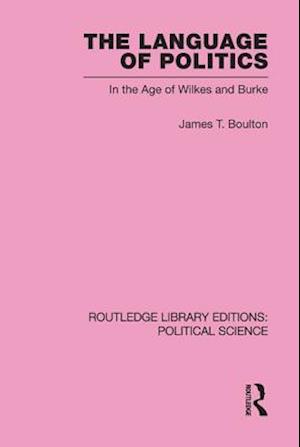 This book focuses on the literature produced at the time of the controversy over Wilkes and the Middlesex elections and by the debate in England over the French Revolution. Writings by Junius, Johnson, Burke, Paine, Mackintosh, Wollstonecraft and Arthur Young among others are examined in order to identify and estimate the effectiveness of the persuasive techniques used by these writers to communicate ideas to their respective audiences. Godwin is also given a new assessment. A view of the extent and urgency over the French Revolution is provided by the chronological survey of replies to Burke's Reflections given in an appendix.