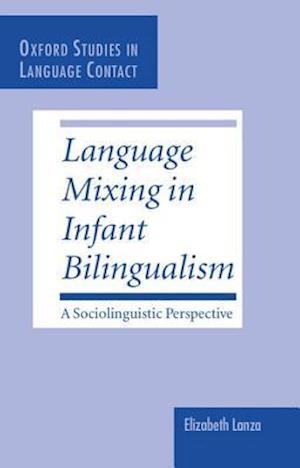 The third book in a series devoted to research and practice in palliative care. The four topics covered in this volume are Paediatric Palliative Care, The Management of Bone Pain, Psychopathology in Patients with Cancer, Skin Disorders and Their Management. The contributors present and evaluate existing data, provide a context drawn from both clinical and research settings, and integrate knowledge in a manner that is both practical and readable for palliative carespecialists and hospice providers.This book addresses the issue of language contact in the context of child language acquisition. Lanza examines in detail the simultaneous acquisition of Norwegian and English by two first-born children in families living in Norway in which the mother is American and the father Norwegian. She connects psycholinguistic arguments with sociolinguistic evidence, adding a much-needed dimension of real language use in context to the psycholinguistic studies which havedominated the field. She draws upon evidence from other studies to support her claims concerning language dominance and the child's differentiation between the two languages in relation to the situation, interlocutor, and the communicative demands of the context. She also addresses the question of whetheror not the language mixing of infant bilingualism is conceptually different from the codeswitching of older bilinguals, thus helping to bridge the gap between these two fields of study.