indgår i serie Routledge Studies on Ethnicity in Asia 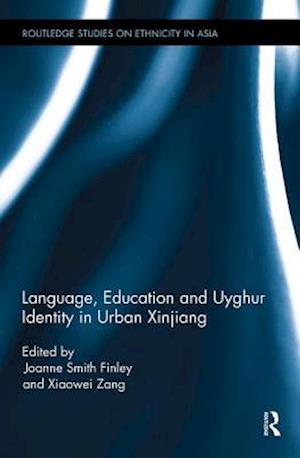 As the regional lingua franca, the Uyghur language long underpinned Uyghur national identity in Xinjiang. However, since the 'bilingual education' policy was introduced in 2002, Chinese has been rapidly institutionalised as the sole medium of instruction in the region's institutes of education. As a result, studies of the bilingual and indeed multi-lingual Uyghur urban youth have emerged as a major new research trend.This book explores the relationship between language, education and identity among the urban Uyghurs of contemporary Xinjiang. It considers ways in which Uyghur urban youth identities began to evolve in response to the state imposition of 'bilingual education'. Starting by defining the notion of ethnic identity, the book explores the processes involved in the formation and development of personal and group identities, considers why ethnic boundaries are constructed between groups, and questions how ethnic identity is expressed in social, cultural and religious practice. Against this background, contributors adopt a special focus on the relationship between language use, education and ethnic identity development. As a study of ethnicity in China this book will be of huge interest to students and scholars of Chinese culture and society, Asian ethnicity, cultural anthropology, sociolinguistics and Asian education.