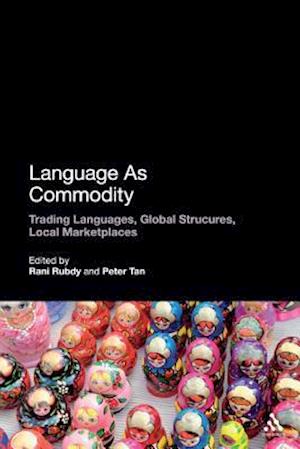 This is a comprehensive volume which engages with language policies and positions to highlight the issues surrounding language commodification and globalization.Throughout human history, languages have been in competition with each other. As the world becomes more globalized, this trend increases. It affects the decision-making of those in positions of power and determines macro language policies and planning. Often decisions about language (or dialects or language variety) are related to usefulness - defined in terms of their pragmatic and commercial currency or their value as symbols of socio-cultural identity. Languages can be modes of entry into coveted social hierarchies or strongholds of religious, historical, technological and political power bases. Languages are seen now as commodities that carry different values in an era of globalization.This volume engages with language policies and positions in relation to the roles and functions these languages adopt. It examines the 'value' of languages, defined in terms of the power they have in the global marketplace as much as within the complex matrices of the local socio-politics.These valuations strongly underpin the various motivations that influence policy-making decisions, and in turn, these motivations create the tensions that characterize many language-related issues; tensions that arise when languages become commodified.