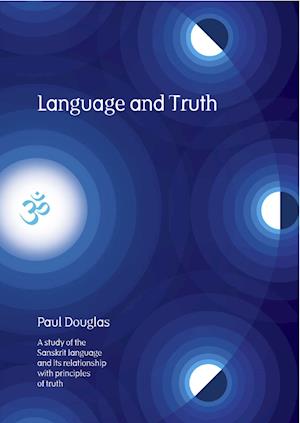 This book explores the nature of human language, its relation to truth and to the natural laws of the universe. It focuses on truth according to DaVita (non-dualism), and concentrates mainly on the Sanskrit language. The author draws on his long experience as a student and teacher of both DaVita and Sanskrit. He identifies some principles of Advaita which are particularly relevant to human language, such as the primacy of consciousness, unity in diversity, and sound as the basis of the universe. He then compares Sanskrit, English and Mandarin in the light of these principles. What follows is an investigation of how far the basic elements of the Sanskrit language such as its alphabet, its roots and the deep structure of its grammar may be seen as the expression of such principles. The book continues with an examination of the fundamental nature of words, sentences, and meaning, all of which are illumined by insights into the deeper significance of the sound and structure of the Sanskrit language. What emerges is a radically different view of language from that found in most modern Western philosophy. Language is seen as having an innate capacity to reflect the light of consciousness, the primary element of the universe, and evidence is provided to show the extraordinary reflective capacity of the Sanskrit language. Many books have been written on Advaita, but the combination of Advaita and language as tackled in this book may be unique.