Language and the Declining World in Chaucer, Dante, and Jean de Meun 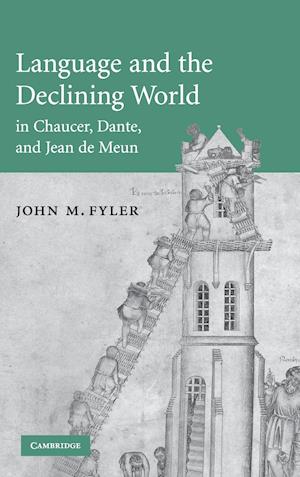 Medieval commentaries on the origin and history of language used biblical history, from Creation to the Tower of Babel, as their starting-point, and described the progressive impairment of an originally perfect language. Biblical and classical sources raised questions for both medieval poets and commentators about the nature of language, its participation in the Fall, and its possible redemption. John M. Fyler focuses on how three major poets - Chaucer, Dante, and Jean de Meun - participated in these debates about language. He offers fresh analyses of how the history of language is described and debated in the Divine Comedy, the Canterbury Tales and the Roman de la Rose. While Dante follows the Augustinian idea of the Fall and subsequent redemption of language, Jean de Meun and Chaucer are skeptical about the possibilities for linguistic redemption and resign themselves, at least half-comically, to the linguistic implications of the Fall and the declining world.