Language and Style in The Inheritors 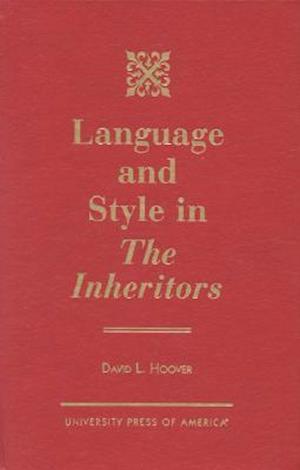 Language and Style in The Inheritors; links the linguistic characteristics of the language of William Golding's underappreciated second novel with larger stylistic and thematic issues to achieve a satisfying and persuasive interpretation while also demonstrating the usefulness and effectiveness(and some of the limitations) of linguistic and computer-assisted approaches, without being overwhelmingly theoretical or technical. This analysis uses comparative data from a corpus of more than thirty British and American novels to compare and contrast with the contents of The Inheritors. It begins with a discussion of point of view, style, and interpretation and moves into an examination of The Inheritors in regard to other works that focus on it. The author then provides a discussion of Golding's manipulation of transitivity to produce the animistic character of the novel, and a statistical analysis of its readability, sentence complexity, and vocabulary complexity, followed by an analysis of diction. He concludes with an integration of the linguistic discoveries with important thematic issues, and a consideration of altered versions of The Inheritors.