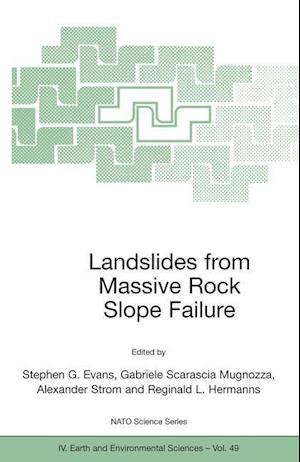 Amongst the thematic topics discussed are global frequency, impacts on society, analysis of initial rock slope failure, monitoring of rock slope movement, analysis and modeling of post-failure behaviour, volcanic landslides, and influences of massive rock slope failure on the geomorphological evolution of mountain regions. Regional contributions include reports on rockslides and rock avalanches in Norway, western Canada, the Andes of Argentina, the Karakoram Himalaya, the European Alps, the Appennines, and the mountains of Central Asia.Rockslides and rock avalanches in the Central Asian republics of the former Soviet Union are discussed in detail for the first time in an English-language book. These landslides include the 1911 Usoi rockslide, that dammed 75 km-long Lake Sarez, and the 1949 Khait rock avalanche that may have killed up to 28,000 people. Both landslides were earthquake-triggered and both are located in Tajikistan. An additional highlight is a detailed description and analysis of large-scale artificial rock avalanches triggered by underground nuclear explosions during the testing programme of the former Soviet Union.