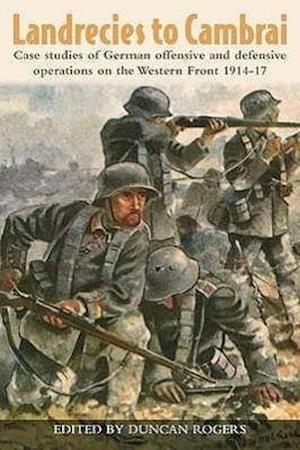 Interest in the First World War, or Great War, continues unabated. New angles are sought, fresh interpretations penned. Equally, much previously published material resides long-forgotten in the pages of now-rarely-consulted journals and periodicals. Landrecies to Cambrai reprints an extensive series of articles that ran, on an irregular basis, in the Army Quarterly from January 1924 until April 1939. Each article presents a detailed account of a specific German military operation on the Western Front - usually with detail down to battalion level. The anonymous author(s) utilised an extensive array of original German sources, including regimental histories and operational-level narratives, ensuring a remarkable amount of colour and detail are present in the text. Operations covered include: The night attack at Landrecies, 25 August 1914; Neuve Chapelle, 10-12 March 1915; Aubers Ridge, 9 May 1915; The fight for Hill 70, 25-26 September 1915; The German attack at Vimy Ridge, May 1916; The German defence during the Battle of the Somme July 1916; The German defence of Bernafay and Trones Woods, 2-14 July 1916; Mametz Wood and Contalmaison, 9-10 July 1916; Delville Wood, 14-19 July 1916; The Somme, 15 September 1916; The capture of Thiepval, 26 September 1916; In front of Beaumont-Hamel, 13 November 1916; Battle of Arras, 9 April 1917; The Battle of Vimy Ridge, 9 April 1917; The fight for Inverness Copse, 22-24 August 1917; The fight for Zonnebeke, 26 September 1917; Cambrai - the action of the German 107th Division.This title is complemented by additional material, including a new introduction by the editor, Duncan Rogers, and added photographs - many taken from rare regimental histories used by the original author(s). All original maps are also included.