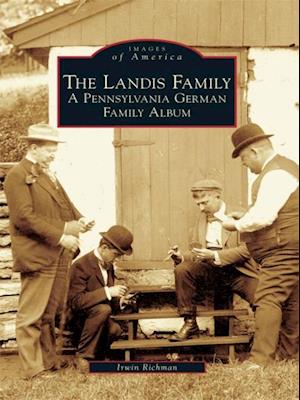 The Landis family of Landis Valley was ordinary and extraordinary at the same time. Its members were typical Pennsylvania Germans of their era, focused on farming and family, yet they also traveled, edited magazines, and became the founders of the Landis Valley Museum. The Landis family settled in Lancaster County in the 18th century, where Henry Harrison Landis and his wife, Emma Caroline Landis, raised their children, Henry Kinzer, George Diller, and Nettie Mae, in a cross-cultural environment. Descended from Mennonite and Reformed Church families, the Landis family formed an appreciation for both cultures, and recognizing the valuable contributions of Pennsylvania Germans to American culture, they collected images and objects to chronicle their unique way of life. Using historic photographs, many never before published, The Landis Family: A Pennsylvania German Family Album provides insights into the family life, customs, and agricultural traditions of this unique region.