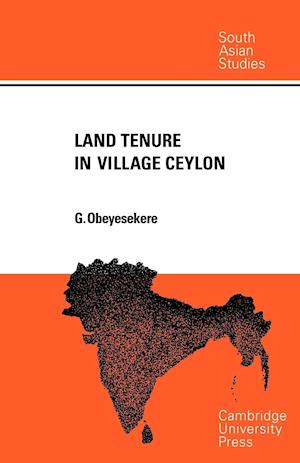 This anthropological work of unusual historical depth describes the pattern of land tenure and resulting social structure in the Ceylonese village of Madagama. Dr Obeyesekere analyses the contemporary system in detail, and traces the evolution of every land holding and the correlated kinship pattern from the inception of the estate in 1790. The traditional cultivation and economy has been modified by land shortage, causing multiple division of shares, and by British rule which resulted in the introduction of Roman-Dutch law and the development of a cash economy. The practices of mortgaging and share speculation then became the basis of a new power structure derived from feudal norms of land ownership, and leading to radical reorganization of the traditional hamlet.