Land Grabbing and Migration in a Changing Climate

- Comparative Perspectives from Senegal and Cambodia 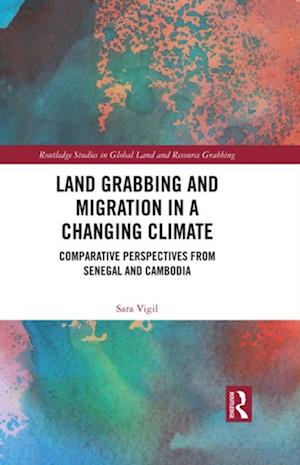 This book provides a theoretical and empirical examination of the links between environmental change, land grabbing, and migration, drawing on research conducted in Senegal and Cambodia.While the impacts of environmental change on migration and of environmental discourses on land grabs have received increased attention, the role of both environmental and migration narratives in shaping migration by modifying access to natural resources has remained under-explored. Using a variegated geopolitical ecology framework and a comparative global ethnographic approach, this book analyses the power of mainstream adaptation and security frameworks and how they impact the lives of marginalised and vulnerable communities in Senegal and Cambodia. Findings across the cases show how environmental and migration narratives, linked to adaptation and security discourses, have been deployed advertently or inadvertently to justify land capture, leading to interventions that often increase, rather than alleviate, the very pressures that they intend to address. The interrelations between these issues are inherent to the tensions that exist, in different contexts and at different times, between capital accumulation and political legitimation. The findings of the book point to the urgency for researchers and policymakers to address the structural causes, and not the symptoms, of both environmental destruction and forced migration. It shows how acting upon environmental change, land grabs, and migration in isolated or binary manners can increase, rather than alleviate, pressures on those most socio-environmentally vulnerable.This book will be of interest to students, scholars, and practitioners working on the topics of land and resource grabbing and environmental change and migration. The book will also be of interest to those analysing political ecology transitions in Africa and Asia, as well as to those interested in novel theoretical and methodological frameworks.