indgår i serie Advances In Natural And Technological Hazards Research 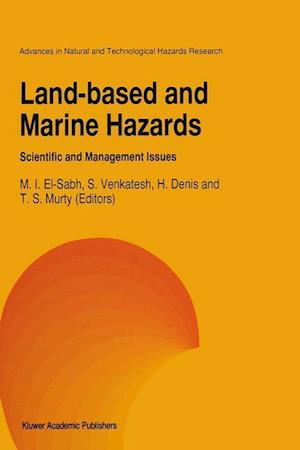 Causes of major disasters are many and diverse, and the risks associated with them endanger human lives, property, the environment, the economy, and even the country's political and social well-being. It is clear that, with rapid population growth, environmental degradation, climate change, poorly regulated industries, and continued economic uncertainty, the chances are that communities may become more vulnerable to disasters. The dramatic losses in recent years from volcanic eruptions, earthquakes and landslides, wildland fires, droughts and floods, cyclones and storm surges attest to the fact that we are still a long way from applying even the knowledge we have today to make communities safe. Tackling this problem requires a sound evaluation of disaster mitigation policies and tools. As a contribution to the International Decade for Natural Disasters Reduction (IDNDR), the fifth international symposium HAZARDS-93 was held in Qingdao, P.R. China on 29 August - 3 September, 1993. China is a country frequently hit by almost all kinds of disasters. Its history is one of combating natural disasters and working towards their reduction. More than 250 scientists, engineers and government officials from 20 countries met for the purpose of engaging in a free exchange of knowledge, experience and ideas regarding the scientific and socio-economic aspects of mitigating losses from natural and man- made disasters. A total of 180 papers were presented at 28 sessions covering a very broad range of topics related to disaster management. The twenty-one articles included in this book deal with the scientific and management issues of land-based and marine hazards which cause the most severe economic losses, deaths and environmental degradation in many parts of the world. The book also includes specific recommendations addressed to the IDNDR Secretariat, national governments and scientific experts to increase the effectiveness and efficiency of disaster management. Thus, Land-Based and Marine Hazards: Scientific and Management Issues forms an excellent reference for scientists, engineers, policy-makers and the insurance industry.