Land and Sovereignty in India 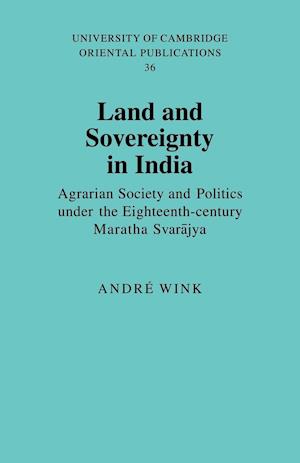 This original contribution to Indian history, focusing on contemporary and largely indigenous documents, introduces a set of concepts for the analysis of late Mughal rule. More specifically it examines the origins and development of the Maratha svardjya or 'self-rule' within the context of declining Muslim power. It traces the expansion of Maratha dominion to a process of fitna, a policy of 'shifting alliances' which was recurrent in the wake of Muslim expansion throughout its history. The book gives an interesting perspective on Hindu-Muslim relationships in the pre-British period as well as on the nature of the Indo-Muslim state and its most important successor polity, on its capacity for change and development in the intermediate sections of society, the land-tenurial system, the monetization of the economy, and on the fiscal system.