indgår i serie The Diviners 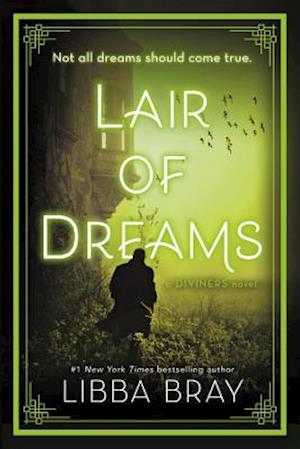 The longing of dreams draws the dead, and this city holds many dreams.

After a supernatural show down with a serial killer, Evie O'Neill has outed herself as a Diviner. With her uncanny ability to read people's secrets, she's become a media darling and earned the title "America's Sweetheart Seer." Everyone's in love with the city's newest It Girl... everyone except the other Diviners.

Piano-playing Henry Dubois and Chinatown resident Ling Chan are two Diviners struggling to keep their powers a secret--for they can walk in dreams. And while Evie is living the high life, victims of a mysterious sleeping sickness are turning up across New York City.

As Henry searches for a lost love and Ling strives to succeed in a world that shuns her, a malevolent force infects their dreams. And at the edges of it all lurks a man in a stovepipe hat who has plans that extend farther than anyone can guess... As the sickness spreads, can the Diviners descend into the dreamworld to save the city?

Forfattere
Bibliotekernes beskrivelse After a supernatural showdown with a serial killer, Evie O'Neill has outed herself as a Diviner. Now the world knows of her ability to "read" objects. Meanwhile, mysterious deaths have been turning up in the city, victims of an unknown sleeping sickness. Can the Diviners descend into the dreamworld and catch a killer?