Lagrangian Manifolds and the Maslov Operator 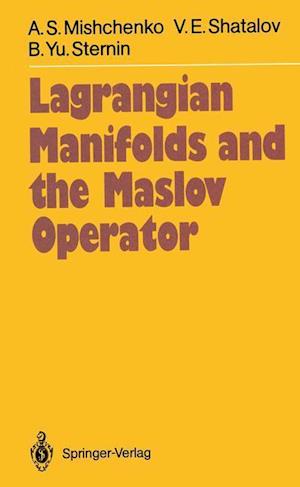 This book presents Maslov's canonical operator method for finding asymptotic solutions of pseudo differential equations. The classical WKB method, so named in honor of its authors: Wentzel, Kramers and Brillouin, was created for finding quasi classical approximations in quantum mechanics. The simplicity, obviousness and "physicalness" of this method quickly made it popular: specialists in mathematical physics accepted it unequivocally as one of the weapons in their arsenal. The number of publications which are connected with the WKB method in one way or another can probably no longer be counted. The alternative name of the WKB method in diffraction problem- the ray method or the method of geometric optics - indicates that the approximations in the WKB method are constructed by means of rays. More precisely, the first approximation of the WKB method is constructed by means of rays (isolating the singular part), after which the usual methods of the (regular) theory of perturbations are applied. However, the ray method is not applicable at the points of space where the rays focus or form a caustic. Mathematically this fact expresses itself in the fact that the amplitude of the waves at such points become infinite.