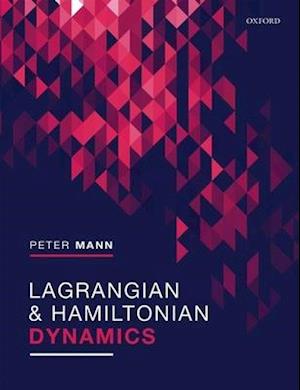 Featuring vibrant full color throughout, the seventh edition of Bart D. Ehrman's highly successful introduction approaches the New Testament from a consistently historical and comparative perspective, emphasizing the rich diversity of the earliest Christian literature. Distinctive to this study is its unique focus on the historical, literary, and religious milieux of the Greco-Roman world, including early Judaism. As part of its historical orientation, the book alsodiscusses other Christian writings that were roughly contemporary with the New Testament, such as the Gospel of Thomas, the Apocalypse of Peter, and the letters of Ignatius.An introductory textbook exploring the subject of Lagrangian and Hamiltonian dynamics, with a relaxed and self-contained setting. Lagrangian and Hamiltonian dynamics is the continuation of Newton's classical physics into new formalisms, each highlighting novel aspects of mechanics that gradually build in complexity to form the basis for almost all of theoretical physics. Lagrangian and Hamiltonian dynamics also acts as a gateway to more abstract concepts routed indifferential geometry and field theories and can be used to introduce these subject areas to newcomers.Journeying in a self-contained manner from the very basics, through the fundamentals and onwards to the cutting edge of the subject, along the way the reader is supported by all the necessary background mathematics, fully worked examples, thoughtful and vibrant illustrations as well as an informal narrative and numerous fresh, modern and inter-disciplinary applications.The book contains some unusual topics for a classical mechanics textbook. Most notable examples include the 'classical wavefunction', Koopman-von Neumann theory, classical density functional theories, the 'vakonomic' variational principle for non-holonomic constraints, the Gibbs-Appell equations, classical path integrals, Nambu brackets and the full framing of mechanics in the language of differential geometry.

Forfattere
Bibliotekernes beskrivelse The book introduces classical mechanics. It does so in an informal style with numerous fresh, modern and inter-disciplinary applications assuming no prior knowledge of the necessary mathematics. The book provides a comprehensive and self-contained treatment of the subject matter up to the forefront of research in multiple areas. 80 figures/illustrations