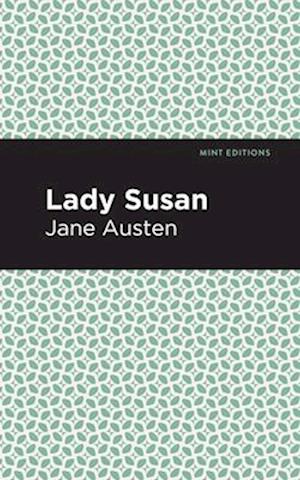 Lady Susan (1871) is a novel by English author Jane Austen. Originally written in 1794-making it one of Austen's earliest complete works-Lady Susan was published posthumously and has since been of interest to readers and scholars alike. It is notable for its epistolary form, a popular style of prose fiction writing in the late-eighteenth century in which the narrative is told in the form of letters between characters embedded in the story itself. The epistolary novel mimics letter writing in order to distance the author from their work, as well as to simulate the secrecy and intimacy of private communication for its reader.Austen's novel, narrated by letters between its cast of characters, follows Lady Johnson's visit to Churchill, the country estate of her brother- and sister-in-law Charles and Catherine Vernon. At Churchill, Lady Susan seduces and denies Catherine's brother Reginald De Courcy, a handsome but gullible man. When Frederica, Lady Susan's teenage daughter, arrives, she begins to fall in love with Reginald. This disrupts not just her mother's control of the young man, but her plan for Frederica to marry Sir James Martin, a wealthy suitor who soon arrives at Churchill himself. As the plot unfolds, and as the bonds of familial and romantic affection are tested, a drama of chaos and comedy ensues which bears the hallmark clarity of Austen's moral vision.Lady Susan is an early masterpiece from renowned novelist Jane Austen, a text which not only clears the path for her more famous novels to come, but carves a space for itself in a truly legendary body of work.With a beautifully designed cover and professionally typeset manuscript, this edition of Jane Austen's Lady Susan is a classic of English literature reimagined for modern readers.