Labor Camp Socialism: The Gulag in the Soviet Totalitarian System 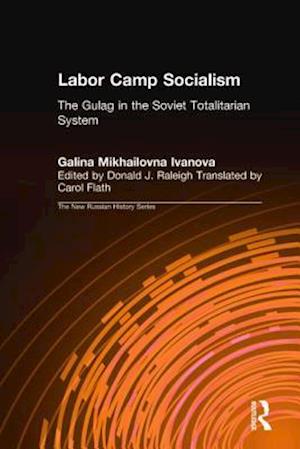 This is the first historical survey of the Gulag based on newly accessible archival sources as well as memoirs and other studies published since the beginning of glasnost.Over the course of several decades, the Soviet labor camp system drew into its orbit tens of millions of people -- political prisoners and their families, common criminals, prisoners of war, internal exiles, local officials, and prison camp personnel. This study sheds new light on the operation of the camp system, both internally and as an integral part of a totalitarian regime that "institutionalized violence as a universal means of attaining its goals". In Galina Ivanova's unflinching account -- all the more powerful for its austerity -- the Gulag is the ultimate manifestation of a more pervasive and lasting distortion of the values of legality, labor, and life that burdens Russia to the present day.