Labor and Laborers of the Loom 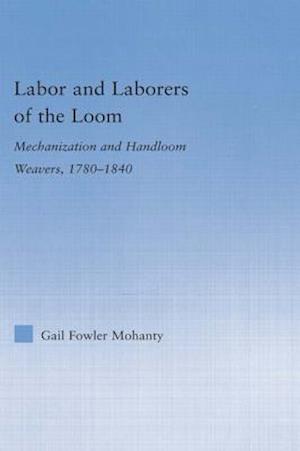 Labor and Laborers of the Loom: Mechanization and Handloom Weavers 1780-1840 develops several themes important to understanding the social, cultural and economic implications of industrialization. The examination of these issues within a population of extra-factory workers distinguishes this study. The volume centers on the rapid growth of handloom weaving in response to the introduction of water powered spinning. This change is viewed from the perspectives of mechanics, technological limitations, characteristics of weaving, skills, income and cost. In the works of Duncan Bythell and Norman Murray the displacement of British and Scottish hand weavers loomed large and the silence of American handloom weavers in similar circumstances was deafening. This study reflects the differences between the three culture by centering not on displacement but on survival. Persistence is closely tied to the gradual nature of technological change. The contrasts between independent commercial artisans and outwork weavers are striking. Displacement occurs but only among artisans devoting their time to independent workshop weaving. Alternatively outwork weavers adapted to changing markets and survived. The design and development of spinning and weaving device is stressed, as are the roles of economic conditions, management organization, size of firms, political implications and social factors contribute to the impact of technological change on outwork and craft weavers.