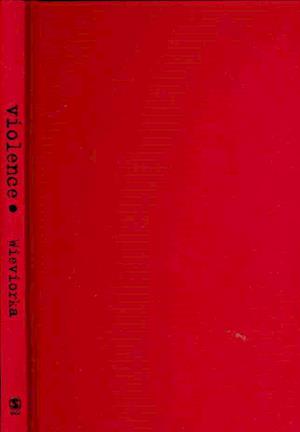 "Violence is sadly central to social life and yet oddly marginal to social theory. It's there in the background, not least as Weber defines the state by its monopoly of legitimate violence. But as the example suggests, it's the control of violence that looms large. Michel Wieviorka does a considerable service by calling our attention to violence itself, and to the theories like those of Sorel and Fanon who took it seriously. Wieviorka addresses the state, the media, and social movements. But perhaps his most important contributions come in examination of the ways in which violence informs and is informed by different dimensions of subjectivity. Thoughtfully intertwining classical theory and contemporary observation this is an engaging book, and one that should spark much new thought and research."- Craig Calhoun, London School of Economics and Political ScienceViolence is an ever-present phenomenon - obstinately resistant to interpretation. This text offers new tools to understand and analyze violence, presenting a new approach based on the subjectivity of the actor, and on the relation between violence and meaning.The first section discusses violence and conflict, violence and the state, and violence and the media. This provides critical context for developing a new paradigm - in the second section - that gives more importance to the concept of the subject than more classical paradigms. The text distinguishes different possible relations between the meaning of action and violence and proposes a new typology of the subjects involved in violence. It gives particular emphasis to discussing cruelty, violence for violence sake, and 'pure' violence.The relationship between conflict and violence; the place of victims, and the role of the media all shape new forms of violence. This text is an engaged response to these new forms that presents a convincing interpretation and new tools that will be essential for researchers in the social sciences.