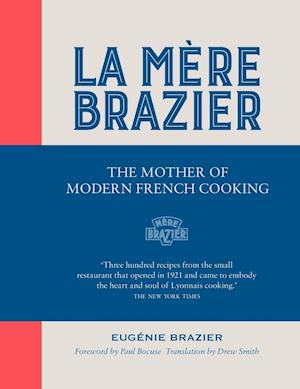 Like a potent reduction, this book is packed with concentrated knowledge from a culinary genius' Bread & Oysters 'Ultimately, one of the cookbook's outstanding charms is that it manages to transmit Brazier's spirit-her campagnarde straightforwardness, her profound ties to the soil and the seasons, her imposing stolidness... To thumb through these pages is to be transported across an ocean and back in time to a roaring fire and a crowd of fellow convives gathered around Brazier's hefty wooden tables, ready to tuck into her milk-suckled pig.' The Daily Beast'It's the heart of great, three-starred Lyonnaise cooking' Bill Buford: My Favourite Cookbook, The Observer During its heyday, La Mere Brazier was the most famous restaurant in France - a magical gastronomic experience that drew the likes of Marlene Dietrich and French presidents. Its proprietor and chef, Eugenie Brazier, was the first person to earn six Michelin stars. Nowadays, it retains its world-class reputation, winning the Enduring Classic award at the 2019 World Restaurant Awards. Part-memoir part-cookbook, La Mere Brazier was born out of a series of conversations Brazier had with a friend just before she died. This masterclass in cooking is now available in English for the first time.Drew Smith translates over 300 of her stunning recipes, from Bresse Chicken in Mourning (with truffles) to Gratinee Lyonnaise (onion soup). Written in her own words, each recipe balances sophistication with simplicity. This is a user-friendly guide to making food that captures the heart of French society. Smith's translation of La Mere Brazier was one of the Observer's 'Best Books of 2016'. It has also been featured in the New York Times, BBC Radio 4 Woman's Hour, Saveur Magazine, Living France, Indulge Magazine, French Property News and France Magazine.

Forfattere
Bibliotekernes beskrivelse La Mere Brazier was the most famous restaurant in France from the moment it opened in 1921. Its namesake, Eugenie Brazier, was the first woman ever to be awarded six Michelin stars. She was the inspiration and mentor for all modern French cooking. 2 colour, photography throughout