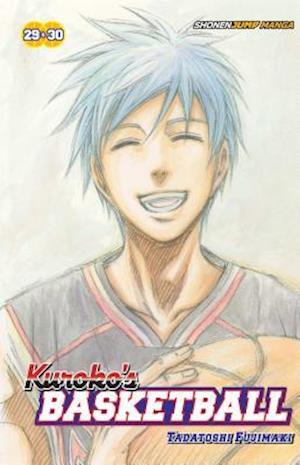 Seirin High's greatest basketball superstar was the one no one literally saw coming--the invisible Kuroko Tetsuya Kuroko doesn't stand out much. In fact, he's so plain that people hardly ever notice when he's around. Though he's just as unremarkable on the basketball court, that's where his plainness gives him an unexpected edge--one that lets him execute awesome moves without others noticing Izuki's performance has Seirin on the comeback trail, but the team's still losing as they enter the fourth quarter. Koganei's moves give Hyuga the inspirational hint he needs to exact revenge on Mibuchi, giving Seirin another much-needed boost But everything changes when Akashi gets serious. Is this the end of the line for Seirin?