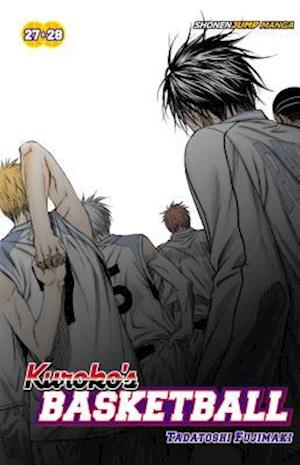 Seirin High's greatest basketball superstar was the one no one literally saw coming--the invisible Kuroko Tetsuya Kuroko doesn't stand out much. In fact, he's so plain that people hardly ever notice when he's around. Though he's just as unremarkable on the basketball court, that's where his plainness gives him an unexpected edge--one that lets him execute awesome moves without others noticing It's the final match against Rakuzan in the Winter Cup, and Kuroko's been beaten down All his successes throughout the year have ended up robbing him of his defining talent--his invisibility Seirin is already at a crippling disadvantage when Rakuzan's Mayuzumi goes on the attack. And he's not just some ordinary player...he's an upgraded version of "the Phantom Sixth Man"