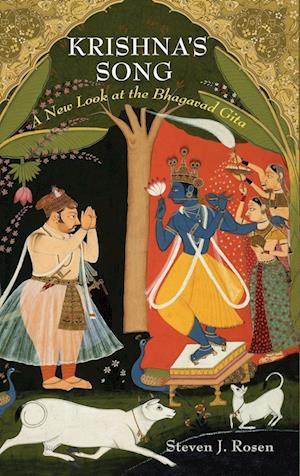 Rosen offers Westerners an easy-to-read introduction to a sacred text, demystifying its considerable philosophy in a user-friendly way. This is not yet another translation, merely reiterating what the Gita itself has to say. It is rather an attempt to culturally translate the text, making use of concepts and categories to which Western readers are accustomed. By engaging familiar motifs-such as issues of modernity, pop-culture icons, and well-known philosophers in the West-the author brings the Gita into focus for non-specialists and scholars alike. Through a series of contemporary news references and insightful summaries, readers will finally understand the facts and personalities that make up the Bhagavad Gita.Using his many years of Gita-centered research, Rosen unlocks the mysteries of the text's spiritual underpinnings. He provides an overview of the Gita's narrative and teachings alongside documentation of its traditional application and more modern ways in which the text can be understood. Students and scholars alike will rejoice in how well this book lays bare the culture and the context of the Gita, resulting in a reader's deep familiarity with this most sacred of all the world's wisdom texts.