Krausism and the Spanish Avant-Garde: The Impact of Philosophy on National Culture 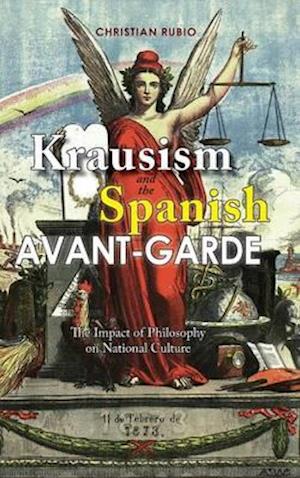 At the turn of the eighteenth century, Spain witnessed the rise of a liberal side that directly confronted the government during the First Carlist War (1833–1839), considered by many as the first civil war. After this conflict, many liberals felt the need to continue challenging the status quo, and to that end, they explored new concepts that originated beyond the borders of the Iberian nation. In many ways, they found their answer in the philosophical movement known as Krausism. Founded in Germany by Karl Christian Krause, introduced in Spain by Ruperto Navarro Zamorano in 1841, and expanded by Julián Sanz del Río when he published Ideal de la Humanidad para toda la vida (1871), Krausism led to several important changes, including in politics. In fact, Krausism was considered to be driving force behind the Revolution of 1868, which brought the First Republic (1873–1874).

This is the first study that directly links Krausism to the Spanish avant-garde. To this end, the book is presented in chronological order in efforts to highlight how Krausism evolved and affected the culture of Spain. Those changes occurred in the fields of education, politics, philosophy, literature, and arts, to name a few. The effects in these fields allowed for artists and writers to challenge the tradition, embrace new ideas, and experiment with aesthetics, which all led to the Spanish avant-garde. Furthermore, this book will spark a debate in the wider audience and serve as a springboard, as well as a guide to new ways to analyze important cultural periods in Spain. To continue with the traditional approach would mean continuing to neglect the influence of ideologies, the importance of key playmakers, and the acceptance of obsolete paradigms as a norm.

Krausism and the Spanish Avant-Garde is an important book for researchers, teachers, and students, both at the undergraduate and graduate level, in the fields of cultural studies, Spanish avant-garde, philosophy, and education.