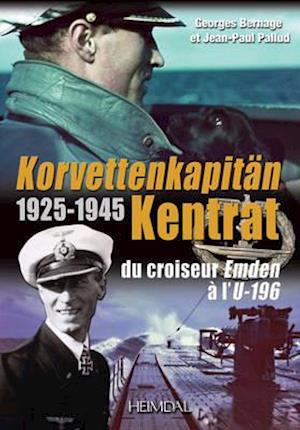 Sourced from several global archives, this book presents the life and achievements of the great sailor Korvettenkapita n Kentrat with more than 500 photographs and documents. Born in 1906 in the Moselle, he joined the Reichsmarine in October 1925 as a simple sailor and was rapidly promoted to officer. The text explores the entirety of Kentrat's career in the German navy: his two-year stint on the Emden, the Hessen, during the Spanish Civil War, on the Deutschland (attacked by the Soviets), the Schlesien. In 1939, he joined the U-boats on U-25, commanded U-8 from May 1940 onwards, and then U-74 with which he saved three survivors of the Bismarck. He was awarded the Ritterkreuz in December 1941. He took command of U-196 in September 1942 in which he carried out the longest U-boat mission, 225 days at sea, returning to Bordeaux on 23 October 1943. In September 1944 he was assigned to the Kriegsmarine naval base at Kobe in Japan until the end of the war. He died on 9 January 1974. This book presents a rich selection of pictures which he mostly captioned himself, among which 130 photos of U-196 and twelve exceptional period photos in colour (with his dog Polo, returning from a mission aboard U-196, the submarine at sea), documents and personal effects. The book is presented in a completely novel way: this great sailor's cruises are described by means of his personal documents, letters he wrote to his parents during his ports of call, uniform items and official records.