- Where the American Century Began 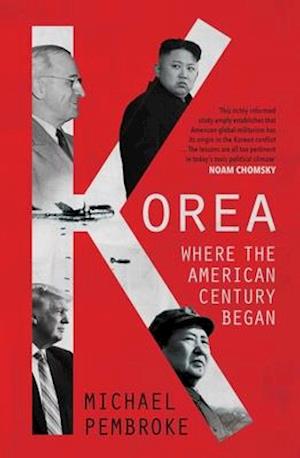 Unless you know the history, you cannot see the future. In late 1950, the US-led invasion of North Korea failed, and for the next three years, the United States relentlessly bombed the North's cities, towns and villages. Pyongyang has been determined to develop a credible nuclear deterrent ever since. The Korean War was the first of America's unsuccessful military interventions post-World War II and its first modern conflict with China. It established the pattern for the next sixty years and marked the true beginning of the American century - opening the door to ever-increasing defense expenditure and creating the dangerous and festering geopolitical sore that exists in Northeast Asia today. Michael Pembroke tells the story of the Korean peninsula with compassion for the people of the North and South, understanding for the soldiers caught between the bitter winter and an implacable enemy, and concern about the past and present role of the United States.