- The Magic, Mirth, and Mischief of an Ancient Symbol 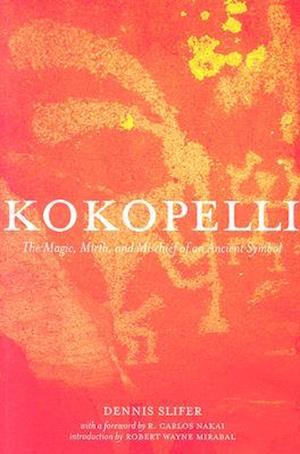 The Magic, Mirth, and Mischief of an Ancient Symbol

Kokopelli, ancient humpbacked flute player, is the Southwest's most popular icon. Presented here are more than 300 flute player images, including a great many that have never been published. Along with new information about the meaning and origin of Kokopelli, some of it challenges our current understanding of this unmistakable character.

Explore the range of the flute player and see how it extends south into Mexico, north into Canada, west into Nevada, and east into the plains of Colorado, Texas, and Oklahoma.

Included are examples of flute players in the rock art of other cultures around the world, providing cultural comparisons of this archetypal motif.

A discussion of flute lore underscores the special role of the instrument among many indigenous peoples and its near-universal association with courtship, love, and seduction.