- The History of the World's Most Infamous Diamond 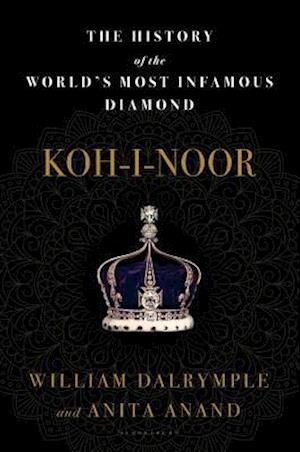 From the internationally acclaimed and bestselling historians William Dalrymple and Anita Anand, the first comprehensive and authoritative history of the Koh-i-Noor diamond, arguably the most celebrated jewel in the world.

On March 29, 1849, the ten-year-old leader of the Sikh kingdom of the Punjab was ushered into the magnificent Mirrored Hall at the center of the British fort in Lahore, India. There, in a formal Act of Submission, the frightened but dignified child handed over to the British East India Company swathes of the richest land in India and the single most valuable object in the subcontinent: the celebrated Koh-i-Noor diamond, otherwise known as the Mountain of Light. To celebrate the acquisition, the British East India Company commissioned a history of the diamond woven together from the gossip of the Delhi Bazaars. From that moment forward, the Koh-i-Noor became the most famous and mythological diamond in history, with thousands of people coming to see it at the 1851 Great Exhibition and still more thousands repeating the largely fictitious account of its passage through history.

Using original eyewitness accounts and chronicles never before translated into English, Dalrymple and Anand trace the true history of the diamond and disperse the myths and fantastic tales that have long surrounded this awe-inspiring jewel. The resulting history of south and central Asia tells a true tale of greed, conquest, murder, torture, colonialism, and appropriation that shaped a continent and the Koh-i-Noor itself.