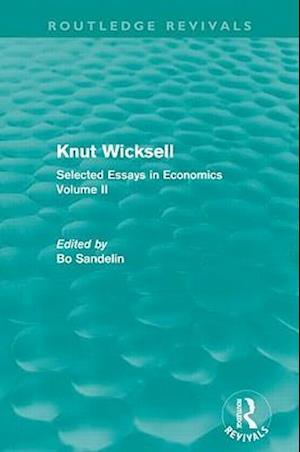 This book, along with its predecessor, makes most of Wicksell's most important contributions accessible to English speaking readers for the first time. The essays collected here, first published in 1999, focus on money and price theory and include Wicksell's book reviews of Leon Walrus, Ludwig von Mises and John Bates Clark.