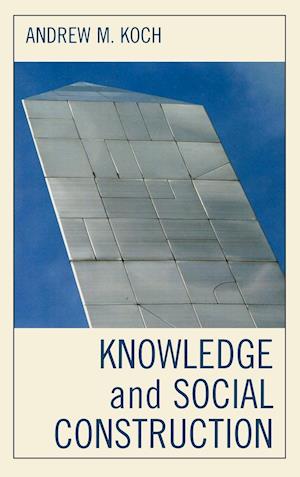 What happens after some social group, a tribe, clan, or even a modern nation, agrees-either tacitly or explicitly to govern and be governed according to an idea. The United States is governed by ideas laid down in the Constitution; The former Soviet Union by both Lenin and Stalin's interpretation of Karl Marx's thought. Regardless of social group, when deciding on the form of politics that ought to govern our social world the question of "certainty" is pivotal. How can we know that this way of governing is the best way? What happens when the strength of our certainty supercedes the actual political and social consequences that arise from agreed upon forms of governance? In Knowledge and Social Construction Andrew Koch makes the case that the more hypothetical and theoretical we are towards knowledge claims (our certainty) the more open our society will be. Following from the premise that human nature and subjectivity are social constructions, this book seeks to reorient the reader-away from the ontological tradition in political philosophy and toward an epistemological framework. Through an investigation of four competing epistemological models that are used in classic political and social philosophy texts, Andrew Koch provides us with an alternative framework for understanding social arrangements, conflicts, and institutions. This book, unlike anything written recently, represents a challenge to political science, philosophy, sociology: any discipline concerned with epistemology, society, culture, and politics.