Knowledge and its Place in Nature 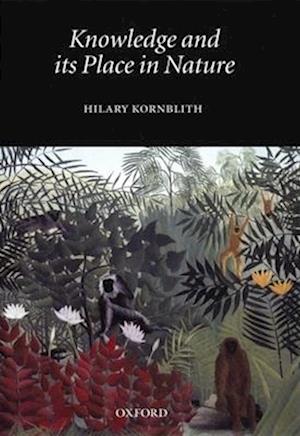 Law and Informal Practices is a work in socio-legal studies, examining the functions and effectiveness of law in the countries of the former Soviet Union. As the transition away from communism enters its second decade, the countries involved are confronted by an apparent failure of law. Understanding the newly formed social order in which law is powerless is a challenge to the assumptions of western jurisprudence. The contributors to this book take up that challenge. Using the framework of contemporary theory, ten specialists in different aspects of social science analyse the status of post-communist law from a variety of perspectives. Their emphasis is on the interplay between law and social norms, informal practices, and human values. Their work contributes to several of the wider ongoing debates in socio-legal studies: on the rule of law and its role in maintaining social order; on the interactionbetween law and social norms, relation between legitimacy and legality; and on the relative merits of solving problems by informal means such as networking or the use of intermediaries rather than by formal, institutionalised processes. At the same time, the book is intended to meet the needs of those interested not just in law but in the post-communist region. Blending theory with case studies, each contributor focuses on a single sector, such as the political system, worker-management relations, human rights, the machinery by which law is made and implemented, or the cultural and historical background of the societies under consideration. The majority of the chapters draw directly upon the authors' own experience andempirical research.Philosophers have traditionally used conceptual analysis to investigate knowledge. Hilary Kornblith argues that this is misguided: it is not the concept of knowledge that we should be investigating, but knowledge itself, a robust natural phenomenon, suitable for scientific study. Cognitive ethologists not only attribute intentional states to non-human animals, they also speak of such animals as having knowledge; and this talk of knowledge does causal andexplanatory work within their theories. The account of knowledge which emerges from this literature is a version of reliabilism: knowledge is reliably produced true belief. This account of knowledge is not meant merely to provide an elucidation of an important scientific category. Rather, Kornblith argues that knowledge, in this very sense, is what philosophers have been talking about all along. Rival accounts are examined in detail and it is argued that they are inadequate to the phenomenon of knowledge (even of human knowledge). One traditional objection to this sort of naturalistic approach to epistemology is that, in providing a descriptive account of the nature of important epistemic categories, it must inevitably deprive these categories of their normative force. But Kornblith argues that a proper account of epistemic normativity flows directly from the account of knowledge which is found in cognitive ethology. Knowledge may be properly understood as a real feature of the world which makes normative demands uponus. This controversial and refreshingly original book offers philosophers a new way to do epistemology.

Forfattere
Bibliotekernes beskrivelse This book examines the functions and effectiveness of law in the countries of the former Soviet Union. The emphasis is on the interplay between law, social norms, human values and informal practices in particular. The book deepens our understanding both of how law works in the societies under consideration, and of the post-communist transition as wholeKnowledge, Hilary Kornblith argues, is a feature of the natural world, and so should be investigated using scientific methods. He offers an accoun