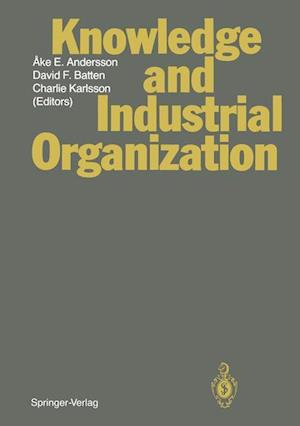 This volume contains a selection of papers presented at an international symposium on research and development, industrial change and economic policy organized and hosted by the University of Karlstad, Viinnland, Sweden. Situated about halfway between Stockholm and Oslo, Karlstad stands on the River Klara, which reaches north into the mountains of Norway. Founded by King Charles IX of Sweden, whose statue stands in the city centre beside the river, the city celebrated its 400th anniversary in 1984. For many decades the wealth of Karlstad has been based on traditional industries such as iron, timber and paper, and throughout the province of Viinnland there are a considerable number of industrial communities which grew up around mines, ironworks, sawmills and papermills. Even the cultural structure of these communities is heavily marked by the industrial environment in which they developed. However, for over a decade now a major structural reorientation has been taking place and the old industrial structures have been disappearing. For various reasons the importance of large scale, manufacturing companies has declined and as a result of intense development work with new ideas, new entrepreneurs and new technology, we have seen the rapid rise of small companies. In this context, recent research has shown that universities playing an increasingly central role in regional development. Thus the continued development of the University of Karlstad is of significant regional and national interest. Although fairly small in an international perspective (approximately 4000 students) the university is expanding rapidly.