indgår i serie Knots and Everything 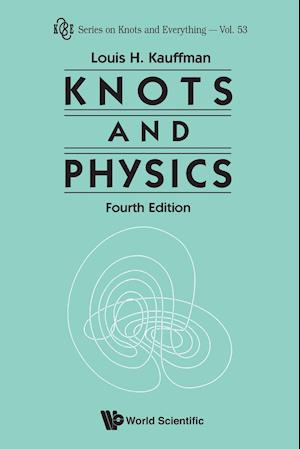 This invaluable book is an introduction to knot and link invariants as generalized amplitudes for a quasi-physical process. The demands of knot theory, coupled with a quantum-statistical framework, create a context that naturally and powerfully includes an extraordinary range of interrelated topics in topology and mathematical physics. The author takes a primarily combinatorial stance toward knot theory and its relations with these subjects. This stance has the advantage of providing direct access to the algebra and to the combinatorial topology, as well as physical ideas.The book is divided into two parts: Part I is a systematic course on knots and physics starting from the ground up, and Part II is a set of lectures on various topics related to Part I. Part II includes topics such as frictional properties of knots, relations with combinatorics, and knots in dynamical systems.In this new edition, an article on Virtual Knot Theory and Khovanov Homology has beed added.

Forfattere
Bibliotekernes beskrivelse Provides an introduction to knot and link invariants as generalized amplitudes for a quasi-physical process. This title covers frictional properties of knots, relations with combinatorics, and knots in dynamical systems. It includes articles Khovanov Homology.